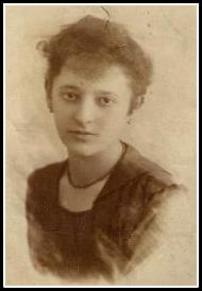 What does it mean to be an American if you weren’t born in this country and are a member of a religious minority?  Sarah Spirer, the teenage narrator of Almost American ​(the follow-up to GLASS HEARTS), asks herself this question daily.

It’s 1923. Sarah is fourteen. She walks a tightrope between the strict demands of her Orthodox Jewish father, who thinks she’s too American, and her classmates, who think she's not American enough.

Sarah’s life is an adventure. She catches a thief, survives a horrifying automobile accident that kills her much-loved uncle, talks to his ghost at a séance with a Ouija board, finds her voice in a school play, and helps her mother obtain a Jewish divorce from her faithless, bootlegger father. When she sneaks out to an illegal speakeasy, she encounters fierce racial prejudice that puts her in great danger.

Sarah's gift with numbers lands her a job in a grocery store and eventually attracts the attention of a powerful mentor who offers her a life choice that could mean losing a cherished friend forever.

Great Aunt Gizella: Sarah refers to her often throughout Almost American. She died in the Holocaust in 1944.