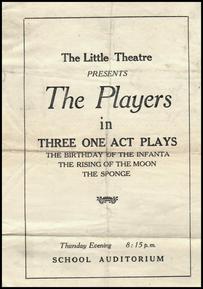 Sarah stars as the demanding and spoiled Princess Esmeralda in a school play and surprises herself:

I stand so close to my “father” [the duke] our noses almost touch. The Infanta [Esmeralda's little sister] begs us to stop arguing, but we ignore her and shout even louder...By the end of the first act, I am drenched in sweat. Being Esmeralda is a lot of work. Everything depends on her.

During the second act, I bark out orders and scold the Infanta for crying so much. She cowers by the table. I try not to smile when she does that...[Instead, I lose] my temper, which makes the duke threaten to disown me. When the Infanta confesses her love for the ugly, twisted dwarf who performed at her birthday celebration, I shove her down on the floor and yell at her for wanting to marry such a wretch. Betty’s [the girl playing the Infanta] jaw drops, and she hugs herself into a tight ball. Usually, she's the one who does the pushing, not the other way around...

[After the performance is over] I slip away to the dressing room. My shoulders ache, and I'm tired. I wipe away my lipstick and study my face in the mirror. I look disappointed. Esmeralda is gone.

The real program from the play described in Chapters 26-29 in which Sarah surprises herself.